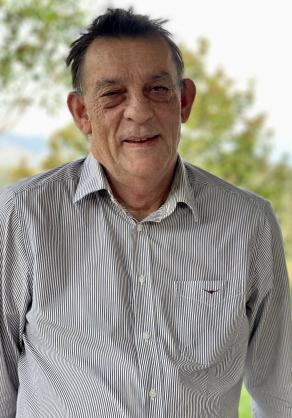 Dr John Mitchell OAM is unexpectedly realising the aspiration of a self-confessed larrikin prankster, with his generous gift to support the refurbishment of rooms for Burgmann College.

The Burgmann alumnus (1975-1978) has pledged $200,000 over four years, which will be used to transform the current three-bedroom Flat 2 into four-bedroom accommodation and to link it directly to the Mortlock corridor on the ground floor of the Barassi Wing.

The modifications will make both Flat 2 and the Mortlock corridor, which today houses six undergraduate rooms, much more hospitable and connected, as well as improving access to upgraded kitchen and bathroom facilities.

“Flat 2 has a long history of housing residential staff and has played host to many Luigi’s events and birthday parties, particularly in its beautiful courtyard. We would like to share this amenity with more residents,” says Principal Ms Sally Renouf.

“We have an opportunity to make this unique space very special for the residents who live here.” 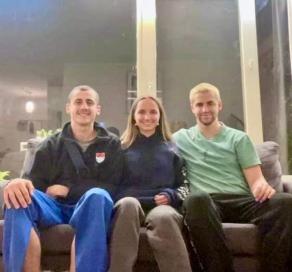 They also recognise that the six undergraduates in Mortlock are much less connected than residents up on the undergraduate residential floors.

“Flat 2 and Mortlock corridor are the only bits of Burg that are a bit disjointed, and there’s some stigma around Mortlock because of that.,” Ryan says.

“This refurbishment will help make it more of a proper floor. It will help create that greater sense of connection the College really upholds.”

“We kind of appointed ourselves as the Mortlock RAs [Resident Advisors], taking the Mortlock residents under our wing as much as possible,” Max says.

“If our flat was connected to Mortlock, we would be able to do that a lot more easily.”

When John occupied Room 2 of the Mortlock corridor, it was even more isolated, having only three rooms, but was necessary for him at the time because of a broken pelvis. He recalls there was no carpet or wash basin in his room and he spent a lot of time “walking backwards and forwards” to the only available toilets via the stairwell of the Barassi wing. His petition to Principal Trevor Wigney to install a toilet in the Mortlock corridor was denied, because it would cost $4,000.

John and his two neighbours, Richard Spence and Fiona Bass, decided they would take matters into their own hands to make Mortlock more hospitable, setting up lounge chairs in the corridor and “barricading” themselves in, with curtains across the passageway and signs to deter other residents with warnings of “high voltage cables”.  John says the fact they also blocked the fire doors made the administration “quite cranky”.

“I got close to being thrown out,” he jokes. “But the patience of Trevor Wigney was incredible.”

This gift to Burgmann is in addition to a bequest John has already made in his Will for the College to use at its discretion and is a testament to the high affection and esteem John holds for Burgmann.

“Burgmann is very close to my heart.”

The Managing Director of historic Towong Hill Station, Victoria, credits Burgmann and the Australian National University (ANU), where he competed his Bachelor of Economics in 1982, as the “biggest thing in my life”.

“My health was rocky while I was in Burgmann—I had three admissions to psychiatric hospital and struggled through my degree on and off for six years.”

His passionate belief that “the shortest distance between poverty and wealth is education”, paired with this gratitude, has also inspired his significant $2.2 million support of the ANU, including the creation of the John Mitchell Economics of Poverty Lab in ANU’s Research School of Economics, and John Mitchell Fellowship, to alleviate income inequality and poverty.

John’s contribution to room refurbishment is welcome support for Burgmann, at a time when the renewal of the undergraduate rooms is becoming increasingly urgent. Now one of 11 residences on offer to students of the ANU, Burgmann has a need to keep pace with contemporary and more appealing spaces.

“50 years of outstanding community is something we are incredibly proud of,” Sally says. “The bedrooms, however, are starting to show their age.”

“While living at Burgmann is about the experience and the community, we want to lift the rooms to the standard expected by today’s students and their families.

“Burgmann College is a home away from home—we are committed to providing the very best residential experience and we want the rooms to meet this standard.”

Chair of the Burgmann College Council Mr Greg Mills agrees it is becoming an economic imperative for the small not-for-profit College, which works very hard to maintain its fees at an accessible level for residents from all backgrounds and circumstances. 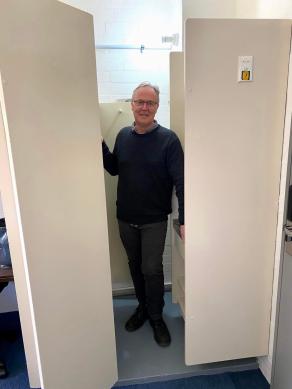 “While many alumni have the view during and after graduation that it’s the community that matters most at Burgmann, this is not necessarily forefront in the minds of prospective residents and their families. This is reinforced by the appearance of new and recently refurbished residential halls on the campus will be further reinforced when the new ANU residence neighbouring the College is completed.”

“Burgmann will be under more competitive pressure than it has been for many years, and it’s important the College is ready to meet this competition with freshened rooms as part of the Burgmann offering.”

“It’s the 21st century, so time for a refresh! Sure, I have fond memories of the ‘Tardis’, but even Doctor Who revamped his console over time,” he says.

“It’s great that the refurbishment program has been a consultative process with residents and it would be great to see all rooms get updated.”

The refurbishment of Flat 2 follows early beginnings of what will be a major project—staged over a number of years—to renew over 250 rooms still retaining their 1971 foundation design. So far, twenty-one prototype rooms have been created for residents to ‘try out’. Not surprisingly, they are hot property. 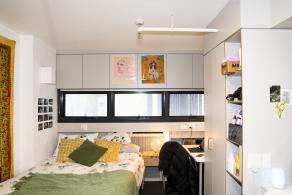 Ryan, Ines and Max all chose Burgmann because they had friends and/or family members who went to Burgmann and could not speak highly enough of the College and its culture. They agree that the prototype rooms are a vast improvement.

“They don’t have the big ‘Tardis’, which has a lot of negative space. There are better windows, a much better desk. You can make them feel much more cosy,” says Max.

“And they’ve got a porcelain sink, rather than a tin sink that might not work some of the time!” Ryan adds. 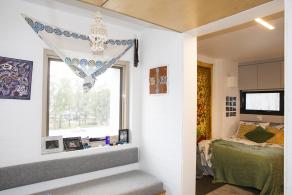 Gaining philanthropic support for room refurbishment is a challenging proposition for Burgmann. John hopes by taking a lead, he will encourage other alumni to follow.

“I’ve put the washing on the line, so to speak—I’m issuing the challenge!”

“We are incredibly fortunate to have alumni who understand and believe in the Burgmann experience and who support us to ensure that that experience lives on,” Sally says.

“The room refurbishment is a significant project and John’s support of this is unwavering.”

Director of Advancement Ms Amelia Zaraftis, who stepped into her role just over a year ago after five years as Deputy Principal, says she has become so much more aware that the College “only exists thanks to the support of its founding donors—without whom the vision for our inclusive, egalitarian community would never have become a reality”.

“While the College thereafter sustained itself for 50 years, the recent combination of bushfire, hailstorm and pandemic depleted our reserves and emphasised just how important it is that we safeguard the College for future generations.

“Our community has always been about people supporting one another to become their truest self and to reach their highest possible potential. It’s imperative we continue to provide the transformational Burgmann experience for future generations of people from diverse backgrounds, and we need philanthropic support to ensure that happens.”

Chairman Greg Mills was inspired to become a long-term supporter and advocate of Burgmann not as a parent or alumnus, but precisely because of the enthusiasm and vision of the late Dr Charles Price, who inspired so much philanthropic support for Burgmann’s establishment.

“Once involved, I discovered for myself the transformative role that Burgmann plays in the development of its residents. It is truly breathtaking to stand alongside these incredible young people and see them grow and blossom.”

If you would like to join John in contributing to Burgmann’s undergraduate room renewal, please make a gift to the Principal’s Priorities Fund or contact Director of Advancement Amelia Zaraftis, ph: 02 6125 6890 email: giving@burgmann.anu.edu.au